Trina Turk Will Be the First Major Fashion Brand to Open in MiMo... Ever We know, we know– we were shocked ourselves! A huge fashion brand not opening within one of Miami's massive mall projects on the horizon? That's a huge shocker. But perhaps what's more shocking is this: it's the first major brand to open on that stretch of Biscayne in decades. Possibly ever, actually.

The area blossomed in the 50s and 60s as a place for families to vacation affordably in Miami and for its iconic "Miami Modern" architectural style. But, like many Miami neighborhoods in the 70s, 80s, and 90s, it fell into disrepair. Over the past few years the MiMo District has undergone a renaissance of sorts with a burgeoning restaurant and coffee bar scene, the revitalization of several motels, and the introduction of a small mom-and-pop shop boutiques. Trina Turk would be the first major fashion retailer to open here, and cites this as her impetus for opening here. 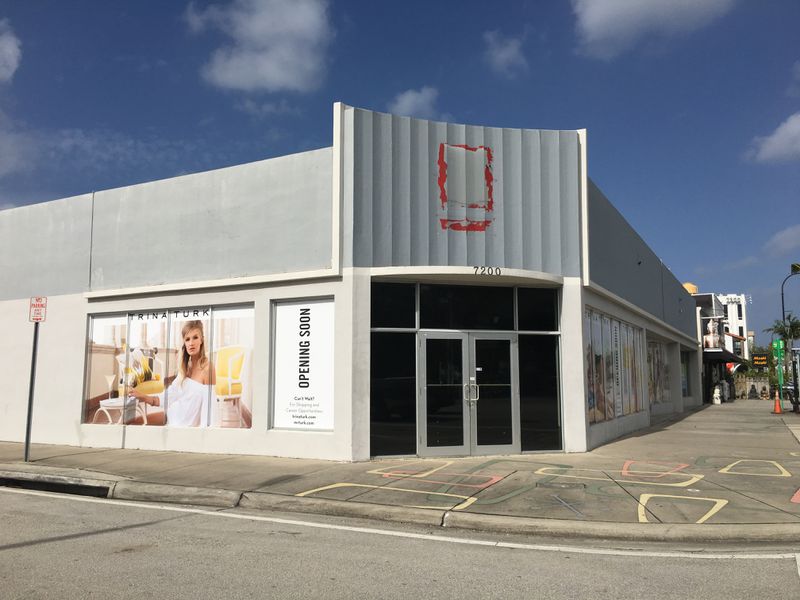 "This neighborhood has a similar vibe to the once quiet stretch of Palm Canyon Drive where we opened our flagship boutique in Palm Springs, CA," said Turk. "The establishment of our store there sparked a revitalization of the surrounding area, with new retail businesses opening around us. We look forward to the same occurring in the Mimo district, where the renewal is well under way with great restaurants and the Vagabond Hotel nearby. We love the midcentury architecture in Mimo and are excited to introduce Trina Turk and Mr. Turk to the area."

The boutique will be pretty sizable as it's taking over the former home of IronFlower Fitness. Punching bags will be replaced with printed caftans and treadmills will be swapped out for swim trunks. The boutique will be designed like the "shop-in-shop" concept found within Turk's Palm Spring flagship, but who's to say she won't be pulling in some inspiration from her trip to Cuba last year, where she cites the country's midcentury modern art and architecture as major inspiration grottos? All we know so far is that mini departments will house Trina Turk women's ready-to-wear and accessories, the swim and spa collection, activewear collection, Mr. Turk menswear, and Trina Turk residential.

"Miami embraces color and so do we. We are especially excited to introduce the Miami customer to the full breadth of the our brand, including an expanded assortment of Mr. Turk menswear and swimwear appealing to both locals and visitors," says Turk.

The store will be opening this April. In the meantime, you can stock up on Trina Turk's new swimwear collection at Bal Harbour Shops.